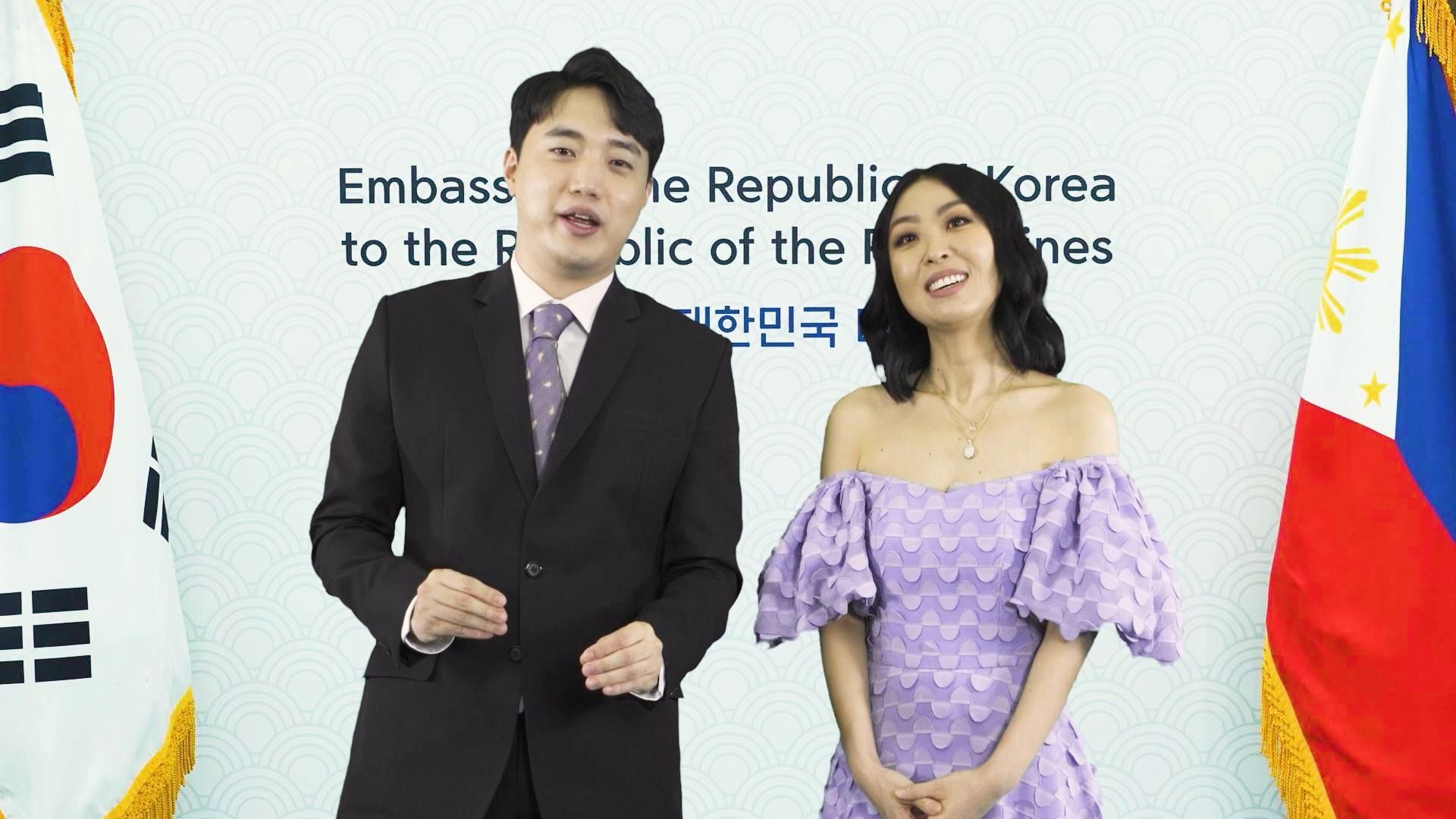 MANILA, Philippines – The Embassy of the Republic of Korea in the Philippines celebrated Korea’ National Day last October 3, 2021 online by sharing stories from the seven-decades long partnership between Korea and the Philippines.

Ambassador Kim Inchul in his introductory remarks, thanking the several hundred contributors who shared their stories, said, “They all together shape the great book of Korea-Philippines relations. Let’s look forward for more and more stories as the partnership between the Philippines and Korea and the friendship between our people ever continues to flourish.”

Three participants were interviewed, and shared their stories. Jowee Dator, a Filipina OFW who worked in Korea for 5 years, was the first winner interviewed during the program. When asked about why the title of the essay was, “Pink,” Jowee shared, “Actually yung pink po yung pinaka ayokong color. Kasi parang ang girly niya po kasi, eh yung personality ko parang boyish ganon po. Eh pag dating ko po ng Korea, during spring time diba maano yung cherry blossom, so lahat sila naka color pink. So parang na fall in love ako dun sa pink.”  (Actually, pink is the color I dislike the most. Because it’s a girl color, and my personality is more boyish. But when I arrived in Korea, during spring time when the cherry blossoms were in bloom, they were a beautiful pink. So, I fell in love with the color.)

Finally, Angeli Marie Baclea-an’s entry “It Started with a Hobby” was about her experience in Southern Leyte when Korean troops came to help victims affected by Typhoon Yolanda. As someone who could speak the language, she worked as a translator of many written materials and served as a bridge for others to communicate with the Koreans. “Ang dami kong natutunan sa camp. Yung parang at that time kasi 2 to 3 years palang ako nag le-learn ng Korean, so other than improving my Korean skills, ang dami kong natutunan tungkol sa Korean history and the culture,” recounted Angeli about her experience. (I learned a lot at the camp. At that time, I’d only been learning Korean for 2 to 3 years, so other than improving my Korean skills, I learned a lot about Korean history and culture.)

The National Day event highlighted 30 years of the development partnership between Korea and the Philippines. Emcees Ryan Bang and Sam Oh wore a t-shirt, which was produced by the project recipients of Igting, a social enterprise in Bulacan, that partnered with the Korea International Cooperation Agency (KOICA) and Camp Asia in creating jobs for women in the area. These shirts served as the tokens and souvenirs for this year’s National Day.

Rewatch the exciting Korean National Day celebration on the official Facebook page of the Korean Embassy at facebook.com/KoreanEmbassyPhilippines/.

About the Embassy of the Republic of Korea in the Philippines

To know more, visit the official website of The Embassy of the Republic of Korea in the Philippines at http://overseas.mofa.go.kr/ph-en/index.do.