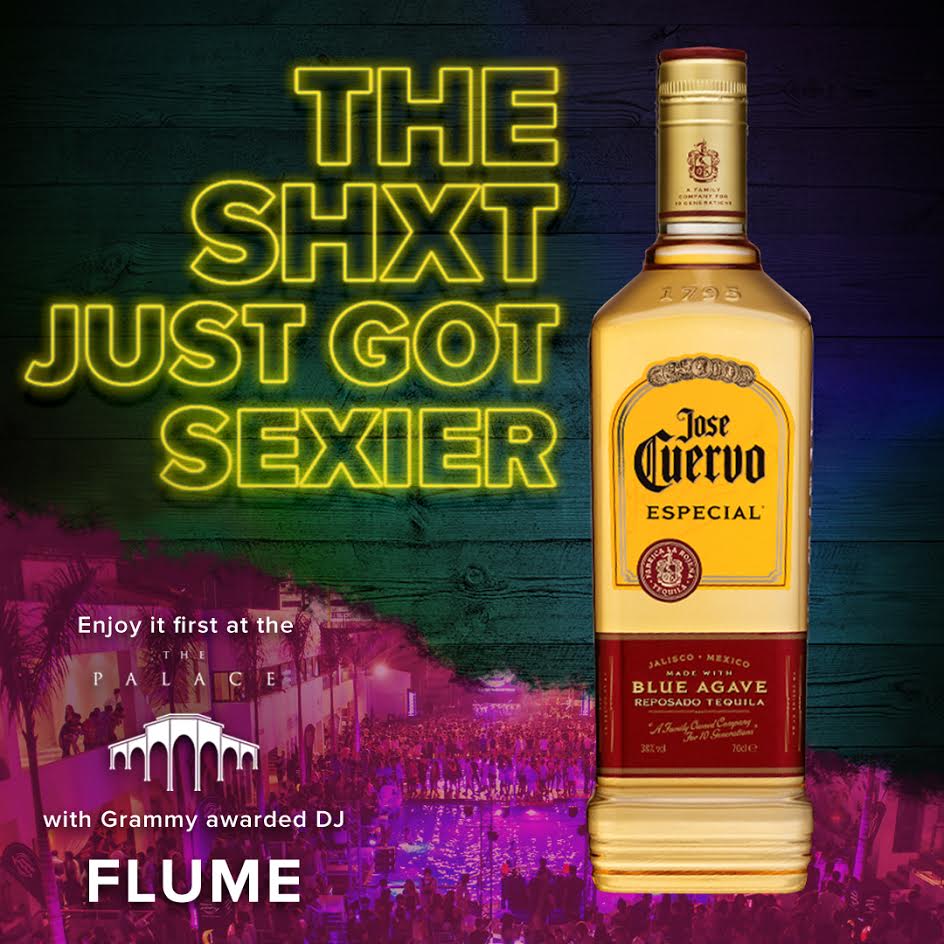 THIS IS THE SHXT: FLUME LIVE IN MANILA

MANILA, Philippines – Jose Cuervo® is looking to close out 2017 with a bang! On December 09th, 2017, at The Palace Manila, Jose Cuervo® will launch a new look for their bottle as well as their latest campaign, This Is The ShXt, as they present Flume live in Manila for the first time ever!

Jose Cuervo’s rich history dates back to 1795 in Jalisco, Mexico, when the Cuervo family was granted the first license to commercially produce tequila. In the centuries since, other tequila brands have come along. But a shot of Jose Cuervo® tequila remains to be the standard for celebrations. This is The ShXt is a war cry in moments of victory – Jose Cuervo is THE tequila that will give you moments you will never forget.

Make no mistake: there is nothing better than a shot of Jose Cuervo® tequila – This is the ShXt!

Since its introduction to the Philippine market just a few months ago, the campaign has been featured on a number of billboards and radio spots across the city. And to officially launch This is The ShXt, Jose Cuervo is getting ready for the biggest year-end event of the season!

On December 09th, popular DJ and record producer, Flume will perform in Manila for the very first time. Highly regarded as a pioneer of ‘Future Jazz’, Flume began his career in 2004 and grew to become one of the biggest DJs in the world. He has remixed the music of popular acts such as Lorde, Arcade Fire, and Sam Smith. In May 2016, Flume released his second album, Skin, which earned him the Best Dance/Electronic Album at the 2017 Grammy Awards.

The event will be sponsored by Jose Cuervo® and will launch the This is The ShXt campaign. And to make the event extra special, the brand will introduce their newly designed bottle to the Philippine market.

Released to the American market earlier this year, the new line of bottles maintains Jose Cuervo’s® iconic shape, but with updated touches that reflect the centuries-old tradition of Jose Cuervo.