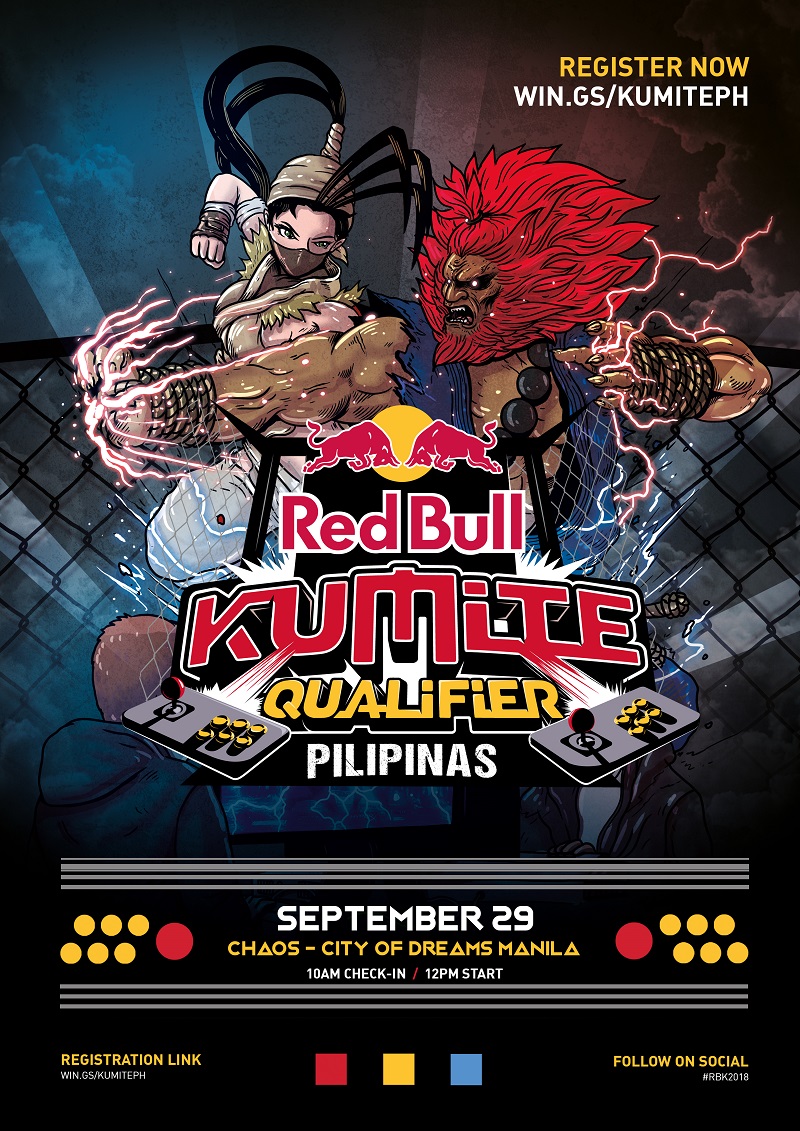 MANILA, Philippines – For the first time ever, Red Bull Kumite is coming to the Philippines! Red Bull Kumite is a showdown between the best Street Fighter V: Arcade Edition players in the world. The tournament is returning for its 4th year on a global stage with the finals taking place in Paris, France.

Red Bull Kumite is the best international invitational Street Fighter V tournament! The contest has reached gamers all over the world, with qualifications now open across new territories. Each game takes place inside a cage until only one player is left standing.

This will be the first time the Philippines will be sending a regional representative – happening on September 29th, 2018, at Chaos Nightclub, City of Dreams in Manila, one (1) winner will be flown to Paris, France, to represent the country on November 10th for the Last Chance Qualifier.

The tournament is now on its 4th consecutive year as a global e-sports event. Qualifiers have been taking place all over the world since April, with national qualifiers expected to finish on October. Seven (7) other countries including Japan, The United Kingdom, Russia, Italy, New Zealand, Hong Kong, and Belgium host pre-qualifiers wherein winners get a trip to Paris and a secured slot for the Last Chance Qualifier.

The tournament will take place in three parts:

QUALIFIERS – Eight (8) countries will be hosting offline tournaments, taking place across the world from April to October.

WORLD FINALS – A total of sixteen (16) players (2 from the Last Chance Qualifier; 14 of the best Street Fighter V Players invited by Red Bull) will square off in a series of head-to-head battles on November 11 to determine the 2018 Red Bull Kumite Champion!

Do you have what it takes to represent the Philippines in Paris, France, for the Red Bull Kumite Championship?

Participants may enter at win.gs/kumiteph #rbk2018