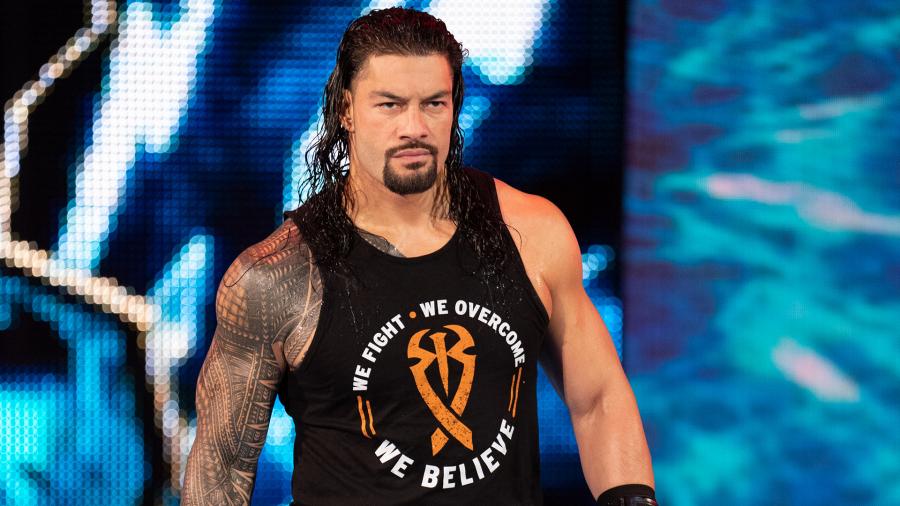 Never Give Up: Roman Reigns’ Inspiring Return to the Ring

MANILA, PHILIPPINES – On Friday, September 20th, 2019, Roman Reigns makes his return to the Philippines together with the stars of WWE SmackDown!. Roman Reigns is living proof that you can’t keep a good man down. From his main roster debut as a member of The Shield, his multiple victories as WWE World Heavyweight Champion, to his fight with leukemia, Reigns has built his career on continuously overcoming the odds.

“I don’t want to stay in a box. I don’t want to stay backstage. I want to put my gear on: I want to wrestle, I want to perform,” shared Roman Reigns last April in an interview for WWE Chronicle, just moments before his Wrestlemania XXXV comeback. “I don’t care. I just want to be on the show. And along the way, I want to use this Wrestlemania-platform to create different opportunities for those who are in this struggle. Right now, it is just about enjoying these blessings that are put upon me.”

The Rise of a Champion
Born Joe Anoa’i, Roman Reigns has the blood of wrestling royalty flowing through his veins. The third-generation WWE Superstar is part of the legendary Anoa’i wrestling family that includes the likes of Yokozuna, Rikishi, Umaga, Jey and Jimmy Uso, Afa and Sika Anoa’i (The Wild Samoans), “High Chief” Peter Maivia, and Dwayne “The Rock” Johnson.

In 2007, shortly after having been signed to the NFL’s Minnesota Vikings, Reigns was first diagnosed with leukemia and released from his contract. Despite the disease being in remission, Reigns retired two years later following a year spent competing for the Edmonton Eskimos of the Canadian Football League (CFL).

“I firmly believe that I was here because my family is a wrestling family, and I’m a wrestler and that’s what I’m going to do. But little did I know all this wrestling stuff, all this sports entertainment stuff, was to get to this point: to truly help people. And why not start with young children who are in the most intense fight that any human can imagine?” said Reigns.

The Rise of the Big Dog

In late 2012, Roman Reigns made his debut on the WWE’s main roster as part of The Shield: a three-man power team that destroyed every single WWE Superstar in their sight. Over the next two years, The Shield would accumulate a string of hard-fought victories against the likes of Kane, Triple H, Randy Orton, and Batista.

“The Shield: that’s our baby,” said Reigns. “If I didn’t have The Shield, I don’t think anyone would have cared about me. There’s a lot of things that The Shield did for me, Seth, and Dean.”

For the WWE Universe, The Shield was a sign of things to come. They were the faces of a new generation of sports entertainers who were valued for their outstanding athleticism and commitment to their craft. Reigns stood out from the competition as a hungry and fearless powerhouse who would stop at nothing to put his opponents away with his patented Superman Punch.

Much like John Cena before him, Roman Reigns’ immediate success came at the ire of many fans who spared no expense to show their dissatisfaction. And yet, despite the overwhelming negativity he faced each week, Reigns pushed on and became a three-time holder of the WWE World Heavyweight Championship belt.

On October 22nd, 2018, Roman Reigns announced that he was battling leukemia on Monday Night Raw. Shortly after relinquishing the WWE Universal Championship, Reigns began treatment. Having overcome the disease in the past, he forced himself to keep a positive outlook through his faith. “I think life experiences molds and crafts people the way they are. As soon as you front up adversity and if you do beat it, you don’t dwell on it- you move on. Life just keeps going.”

Reigns soon found support as the WWE Universe around the world showered him with prayers and well wishes. On February 25th, Roman Reigns returned to Monday Night Raw to announce that his leukemia was in remission. Within weeks, Reigns was back in active competition once again as a member of The Shield.

“When your life gets upside down, you start to cherish things a little more. And I knew when I came back that it was one thing I wanted to do: if I wanted to have a moment with my two best friends in the world, this was the time.”

The time away from the ring allowed Roman Reigns to reflect on his blessings and support children battling leukemia. “As a WWE character, I’m there to help create that escapism. To help create that 15-minutes where these kids don’t have to worry about what’s going on with them. They can pull themselves out of their day and just get lost in the moment. And now, I feel like I’m fulfilling a fuller life. I’m doing what’s awesome, and what’s really fun, and creating magic on-screen with people I love, in front of people I love.”

With a starring role in Fast & Furious Presents: Hobbs & Shaw, Roman Reigns’ is stronger and more determined than ever. To WWE fans all over the world, Roman Reigns represents the will to live and the struggle against adversity, regardless of the odds.

Roman Reigns returns to Manila with the Superstars of WWE SmackDown! on Friday, September 20th, 2019, at the Smart Araneta Coliseum, in Quezon City. Tickets are now available at all Ticketnet outlets nationwide and on https://www.ticketnet.com.ph!