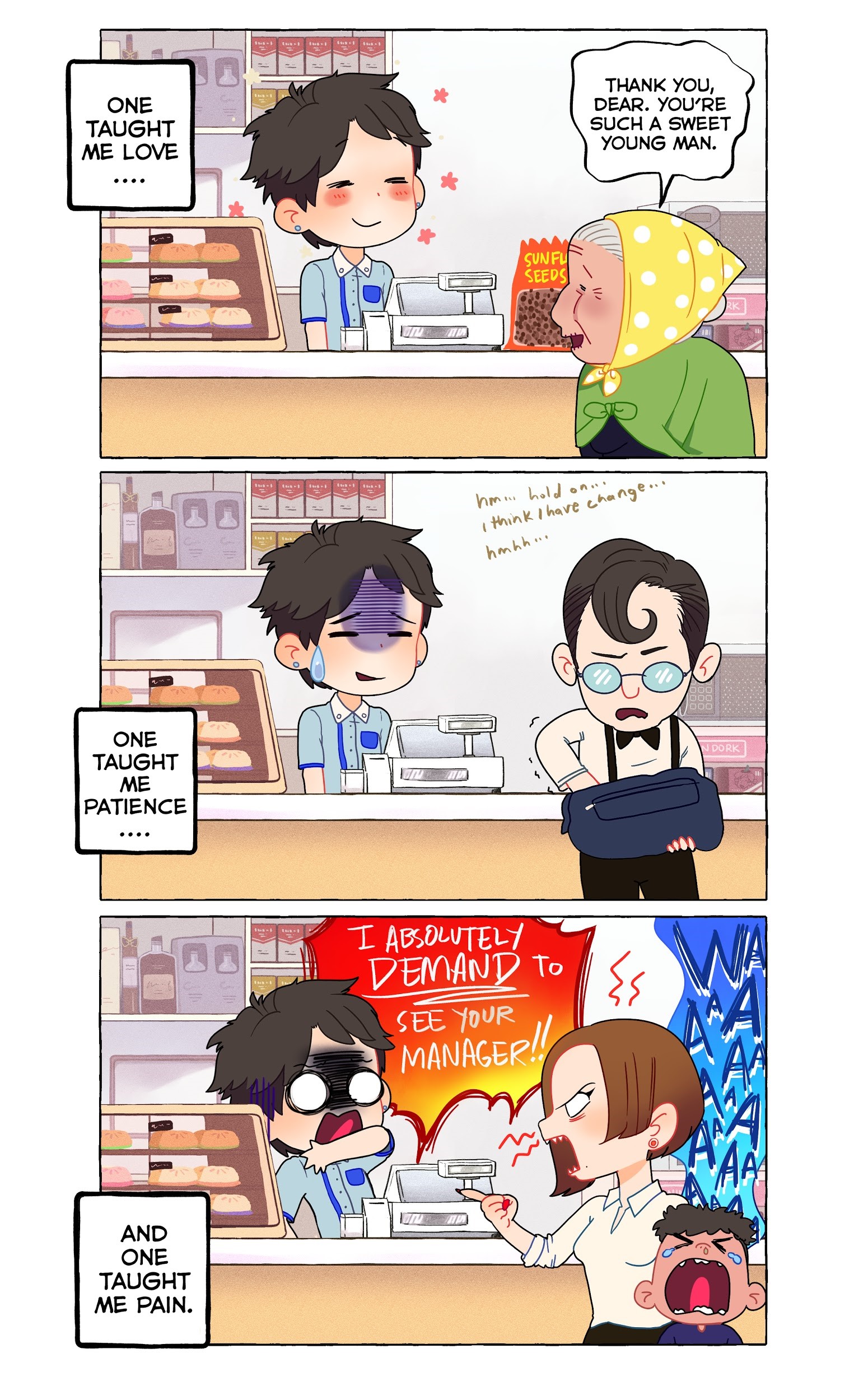 Meet Eddie: How One Fictional Character is changing the Way People Read

MANILA, Philippines – ‘Day one at the Convenience Store, here goes nothing’. These nine words are all the exposition readers need to kick off The Convenience Store, an ongoing original series that is fast becoming an internet favorite. The series revolves around Eddie, a hapless writer left to his own devices at his banal day-job in a convenience store.

“I think of Eddie as a regular young person who has discovered a dream, but hasn’t yet discovered how to reach it,” shares Hengtee Lim, creator of The Convenience Store. “He’s stuck in a kind of purgatory and trying to make the best of it.”

A Look Inside The Convenience Store

Since its launch, the story has become a reader-favorite on Twitter and Everyst, a social fiction app. Everyst presents stories that are told through tweets written by the characters themselves, allowing readers to enjoy fictional pieces that are uniquely character-driven. The Convenience Store is one of the leading stories on the app today.

The Convenience Store is a series inspired by Lim’s experiences working in retail. “I thought a convenience store location would be funny and relatable. I was surprised by the things I saw and experienced while on the other side of the customer service experience.”

Yet even then, the continuous development of the series is not without its limitations. “My own retail experience only covered enough material for the first couple of episodes, so the creative process now involves asking a lot of ‘what if’ questions and following them to see if they’re funny.”

Because stories on Everyst are delivered straight to the audience, many readers have begun to communicate with the cast from The Convenience Store through Twitter. This is what makes social fiction truly unique: not only can audiences easily digest a single series, but they are now empowered with a way to interact with their favorite characters on a very personal level.

Lim seems to enjoy leaving interactions at the hands of his characters, sharing, “I leave that with Eddie, Trevor, and Shifty. They seem to have it covered without issue. Our readers are a good group who help give Eddie’s jokes a new dimension by riffing on them- this makes it so easy.” But anyone familiar with the tone of the stories are pretty sure it’s him!

With this unique approach to storytelling, Everyst has empowered young writers such as Hengtee Lim with a platform to tell exciting and interactive stories. “Compared to traditional fiction, it’s new and it’s different. We’re still learning how to do it as we go; this makes it flexible, fun, and challenging, in equal parts.”

New Artist on The Convenience Store

With so much attention coming to Eddie’s world, the team began to introduce new artists to its burgeoning roster of talent. Local artist, Bapogichi is one of the newest additions to the Everyst creative team, working alongside Hengtee Lim, who’ll begin taking The Convenience Store’s art in a new, more polished direction.

The old look of the comic, The Convenience Store

Bapogichi’s love for illustrating began at kindergarten. Over the years, they continued to foster their craft as an illustrator and soon found an audience online through social media sites such as Tumblr. Unfortunately, due to pressure, Bapogichi abandoned their love for art in favor of a medical career.

“I thought being a doctor was what I wanted, but that eventually I decided to quit to do art full-time,” shares Bapogichi.

Since their transition to a full-time artist, Bapogichi has become one of the most prolific young illustrators on Twitter in the Philippines. The recognition enabled them to begin work on Everyst and soon joined The Convenience Store’s creative team.

Eddie & The Future of Everyst

Upon the debut of The Convenience Store, Eddie has become one of the most popular characters on Everyst that also exist on Twitter. His popularity was evident by the turnout of fans at a number of local comic and anime conventions.

“It’s surprising, to be honest,” shares Hengtee Lim. “I want to think that Eddie is relatable to all of us: we’re trying to reach for what we want and trying to make the most of what we’ve got. Life isn’t easy, but you take the good when it’s there and you keep dreaming.”

This is why so many readers follow Eddie and his everyday misadventures. There’s an Eddie inside each and every one of us who has tasted victory and defeat and lived to laugh about it. Any emotion we’ve felt is easily channeled through his experiences. Combined with the way Filipino audiences passionately connect with characters, it won’t be long before Eddie and his gang of misfits become synonymous with Filipinos coming of age at the end of the aughts.

Everyst is an exciting digital platform that enables readers to experience stories in real time, through “social fiction”. It’s a new approach to manga and light novels where characters post updates on Twitter! Discover fully illustrated stories and come see the world of Eddie from The Convenience Store, Luna from Conspiracy Research Club, and many more by downloading the app today on iOS and Android!