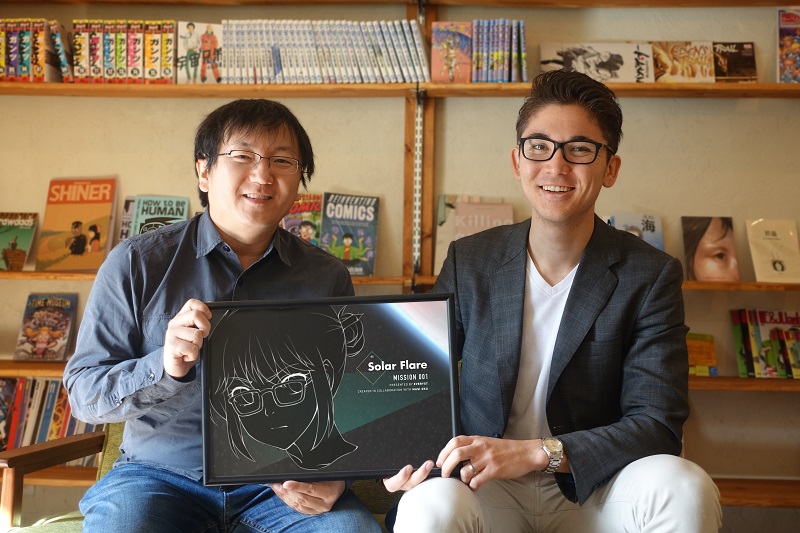 Masi Oka’s SolarFlare Sets Off + Other Everyst Stories to Follow

Everyst is a “social fiction” app that tells its stories through real-time character-written tweets. Based in Tokyo, Japan, Everyst’s stories are collected and published through Everyst’s proprietary publishing tool. This allows readers to receive real-time notifications and enjoy stories at their own pace.

“You see all sorts of social media personalities telling stories through their posts,” shares Everyst content creator, Merryweather. “Social Fiction is more like theatre. You have characters actually participating in the delivery of the story to the audience, which makes it possibly the most immersive type of fiction that you can create.”

“I’m excited to explore the potential of the Everyst platform.  It is a unique way of storytelling that opens up many possibilities.  In particular, multi-linear stories that can be told through the point of view of multiple characters is a facet that is limitless. The stories are simple but can weave in and out complexly with each other.  I look forward to the collaboration of traditional media and Everyst, along with the unfolding of my story, SolarFlare,” shares Masi Oka.

Earlier this year, Masi Oka, who starred in television’s Heroes and Hawaii Five-0, joined Everyst as a creative advisor. He co-created SolarFlare, which is among his first projects, with selected members of Everyst’s creative team including Hengtee Lim, Ben Watanabe, and Filipino illustrators, Jayron Zapanta and Fer Lan Oppa.

SolarFlare is an upcoming series that blends elements of science fiction and comedy into a light-hearted, character-driven adventure. The story follows a group of young and excited self-acclaimed geniuses on a mission to explore the Alpha Centauri star system for habitable worlds. But in order to get there, the group must ride the wave of a solar flare.

“I’m excited to show what’s possible with the added dimension of time and multi-linear stories,” shares co-creator Masi Oka. “I look forward to connecting Everyst with movie and manga storytellers to help them fill the valleys between their traditional releases and cannot wait to see the reaction to my first story collaboration on Everyst’s new release.”

“Something I enjoy a lot is character writing, and I feel like we have managed to create three characters with good comedic chemistry, who also care for each other. They’re outcasts, in a way, which makes them a tight knit group,” says writer Merryweather.

Inspired by Hengtee Lim’s experience in retail, The Convenience Store follows the story of Eddie (@Eddieededed) and the seemingly endless parade of people and events that come his way. A light-hearted comedy that pokes fun at the mundane, readers can follow all the laughs, heartaches, and shenanigans Eddie experiences each and every day.

“The story is about four people just trying to make the best of things, and failing most of the time. The highs, the lows, and the best and the worst of human life,” says Hengtee Lim.

Local readers will get the chance to meet the creative minds behind their favorite stories from Everyst on Thursday, September 27th, 2018 at YCafe in Salcedo Village, Makati City. This special press conference will allow readers and key members of the media to take a sneak peek at SolarFlare, as well as enjoy a sit-down interview with local series creators, @MiChan617 and @Mocheekanon.

Start Reading!
All these incredible stories are available to readers all across the country through the Everyst App! Follow @EddieEdEdEd, @CRC_Luna, or @s_f_natsuko, and the rest of the cast on Twitter to experience an Everyst Story! The Everyst app is available on iOS and Android if you want more!

Everyst is an exciting digital platform that enables readers to experience stories in real time, through “social fiction”. It’s a new approach to manga and light novels where characters post updates on Twitter! Discover fully illustrated stories and come see the world of Eddie from The Convenience Store, Luna from Conspiracy Research Club, and many more by downloading the app today on iOS and Android!