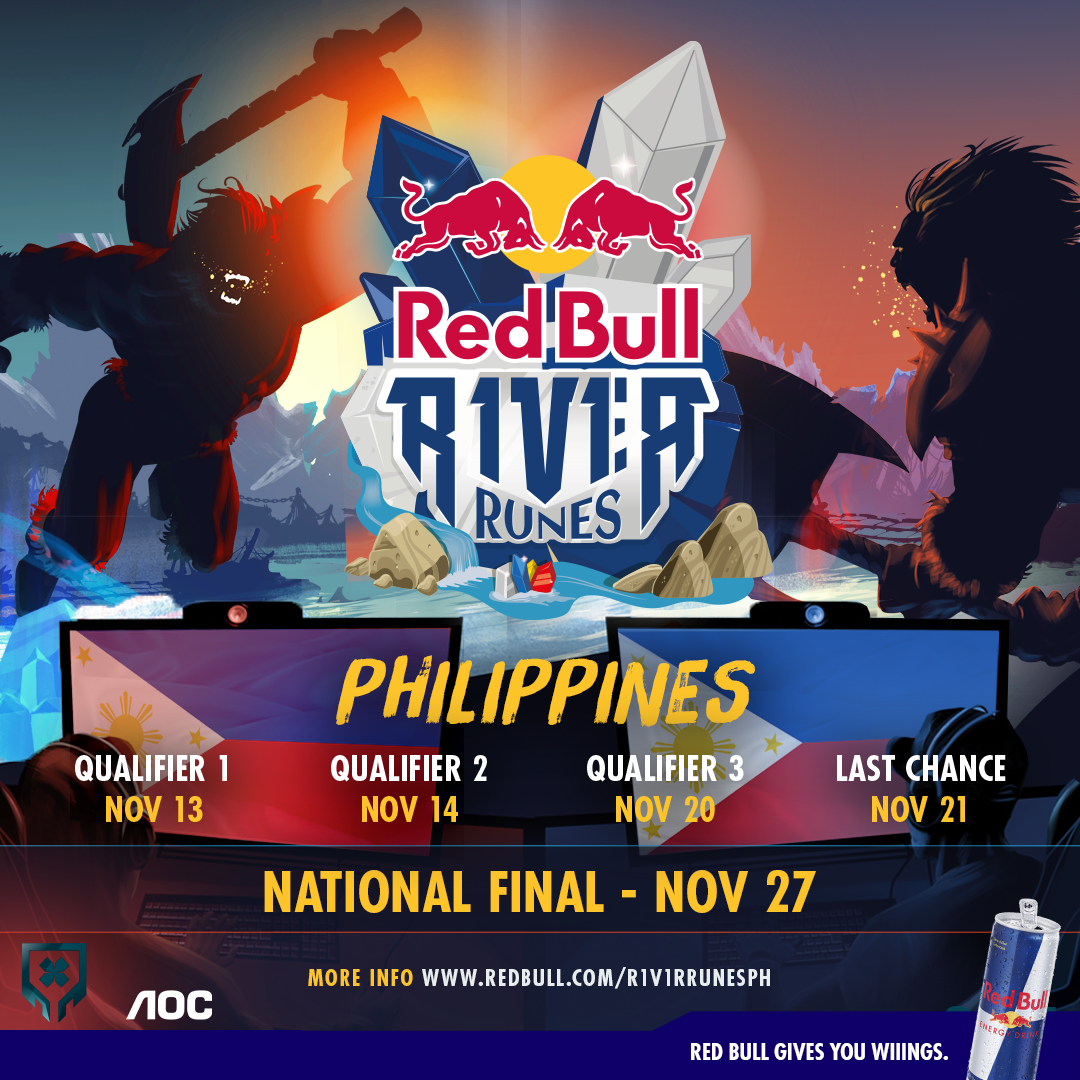 MANILA, Philippines – For the third straight year, the Red Bull R1V1R Runes is kicking off in the Philippines pitting players from across the country against each other in an intense series of 1v1 DOTA 2 battles. One winner will emerge as national champion and holder of the esteemed title, Ruler of the River.

What is River Runes?

Red Bull R1v1r Runes is a custom map built in the DOTA 2 environment. The tournament offers players a fast-paced 1v1 mirror matchup that rewards intuition and the ability to make quick decisions. In order for a player to progress through the tournament, they must first achieve three kills or score the first kill on an enemy T1 Tower.

Red Bull R1V1R Runes 2021 is free to join and open to all amateur and professional players in the Philippines who are above the age of 18 and want to showcase their skills on a national level. The tournament will consist of national qualifiers. The top 2 players from each qualifier will move on to the National Finals that will be held on November 27.

The champion of the National Finals will be awarded exclusive prizes and the opportunity to face one of the members of Team OG, the only team to win successive titles at The International, the annual esports world championship tournament for DOTA 2.

Registration and qualifiers will commence on the following dates:

Registration for Red Bull R1V1R Runes 2021’s Qualifiers 1 to 3 is now officially open. Claim your spot to become the rightful ruler of the river and vie for the chance to challenge OG. Register now via this link: redbull.com/r1v1rrunesph

Red Bull gives wings to people and ideas. As a functional beverage, we give wings to people by vitalizing the body and mind – supporting their dreams and aspirations through their passions for gaming, sports, and lifestyle.