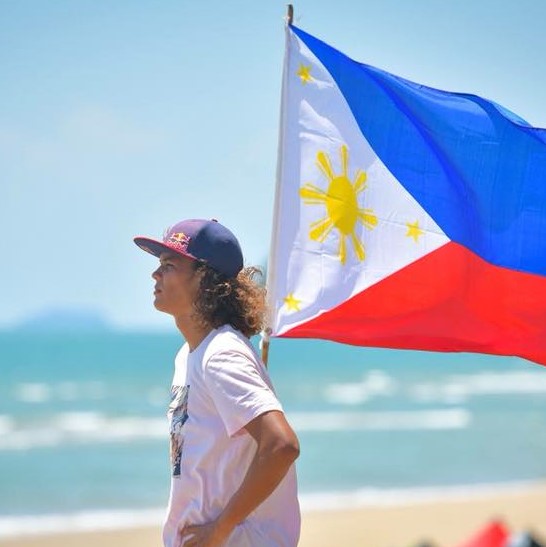 The tournament was hosted by the International Kiteboarding Associating (IKA) and TwinTip:Racing (TT:R) at Paknampran Beach from March 13th to 18th, 2018. The IKA assembled a number of leading young kitesurfers from the Philippines, China, Thailand, Australia, and New Zealand for five days of intense back-to-back action.

Tio competed at the Boys Asia division, which accumulated points from 20 elimination rounds, and four discards. The Boys Asia qualifier proved to be the highlight of the event, which showcased Tio against regional rivals Sarun Rupchom (Thailand) and Hoaran Zhang (China). While it seemed that Rupchom was to emerge as the tournament’s sure winner, Tio prevailed in the end through his unrivaled performance during the final two days.

Christian Tio began his professional career at the age of fourteen. By that point, the young Filipino-Norwegian had already spent half his life immersed in Kitesurfing. When he was 10-years-old, he competed at the KTA’s Asia championship tour where he went against older and more experienced kitesurfers. He also competed at the Junior Kitesurfing World Championships in 2014 and 2015, taking home second place.

The upcoming 2018 Summer Youth Olympic Games are expected to take place between October 06th to 18th, 2018 in Buenos Aires, Argentina. The event will showcase over 3,500 young athletes who will represent over 200 countries around the world. Kitesurfing will be among a number of sports to make their debut as part of the Olympic program. Other debuting sports include Freestyle BMX, futsal, sports climbing, karate, and breakdancing.

“It’s been a goal to get to the Olympics and we’ve been waiting for kiting to get into the ‘Games for some time”, shares Tio. “So it feels pretty good to qualify and have the honor of representing my country. Now I’m in, I’ll do my best to win it.”