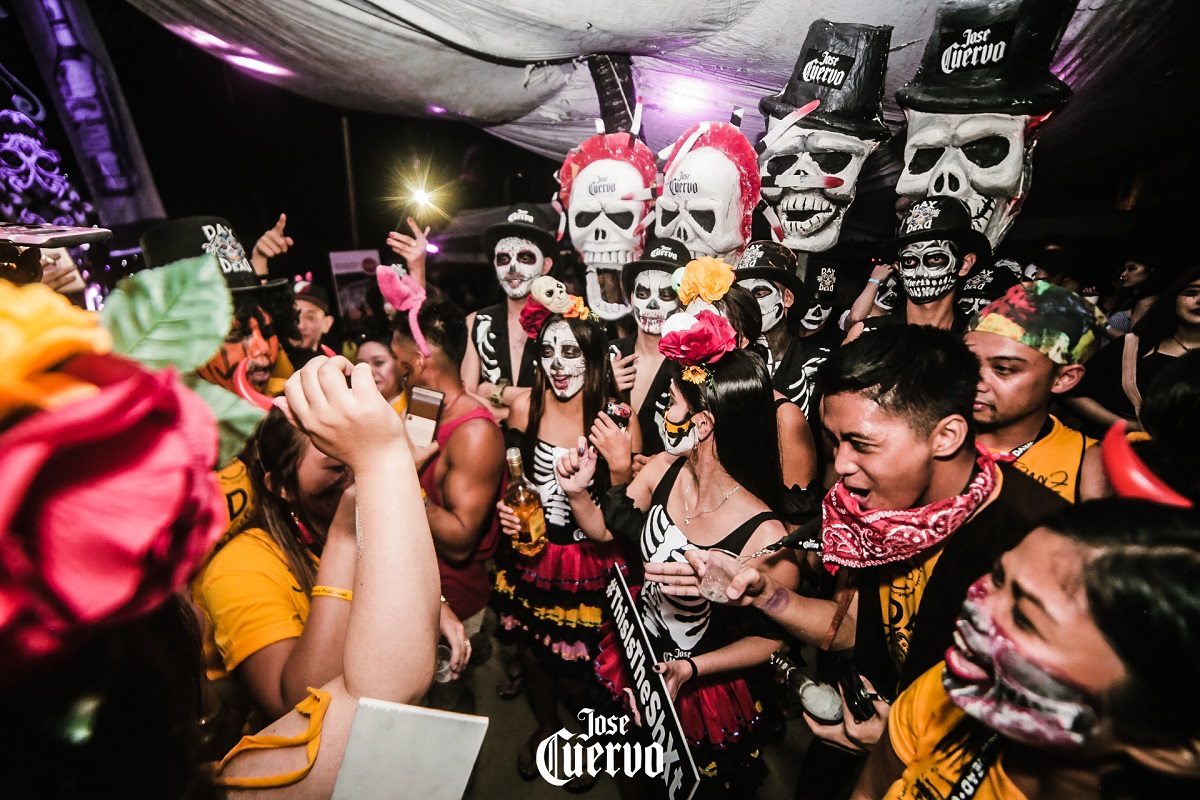 Boracay Celebrates Day of the Dead

MANILA, Philippines – From Monday, October 30 – Wednesday, November 1, 2017, Jose Cuervo®, the world’s leading brand of tequila, brought back the spirit of Dia de Los Muertos to the Philippines for the second annual ‘Day of the Dead’ party in the white sandy shores of Boracay!

In the Philippines, All Saints Day is spent in the cemetery where families quietly mourn the memories of their loved ones. However, in Mexico, the very same holiday is regarded as a national festival when millions spend the day celebrating the lives of the dearly departed with zest, sugar skulls, and of course, plenty of tequila.

Dia de Los Muertos is a 3,000-year old Mexican tradition that began as a month-long feast to the goddess, Lady of the Dead. And while the festival would become catholicized over time, the image of the Lady of the Dead lived on to become the holiday’s icon in the early 20th century when Jose Guadalupe Posada illustrated La Calavera Catrina.

Since its inauguration last year, the Day of the Dead party has become Jose Cuervo’s® annual Halloween tradition. For the second annual Day of the Dead, Jose Cuervo® tied up with Pub Crawl Boracay and Epic Boracay for the biggest Halloween party in the Philippines.

On October 31st, partygoers attended Pub Crawl Boracay, which took them through a number of bars across the island. Participants came in decked out in their best Day of the Dead costumes adorned in face paints, top hats, and flower crowns.

Hundreds more joined the fun as the Day of the Dead party hit Epic Boracay the same night. Covered in face paint and accessories, attendees partied the night away to music provided by Funk Avy and Tom Taus and with quality Cuervo® drinks.

“This party is insane!” says Mike Foz, GMA Network’s Senior Artist Handler “It’s like it never ends! My friends and I enjoyed every bit of it.”

Following the success of this year’s Day of the Dead party, Jose Cuervo® is already hard at work to ensure that next year’s party is even bigger and better! Are you ready, Manila?