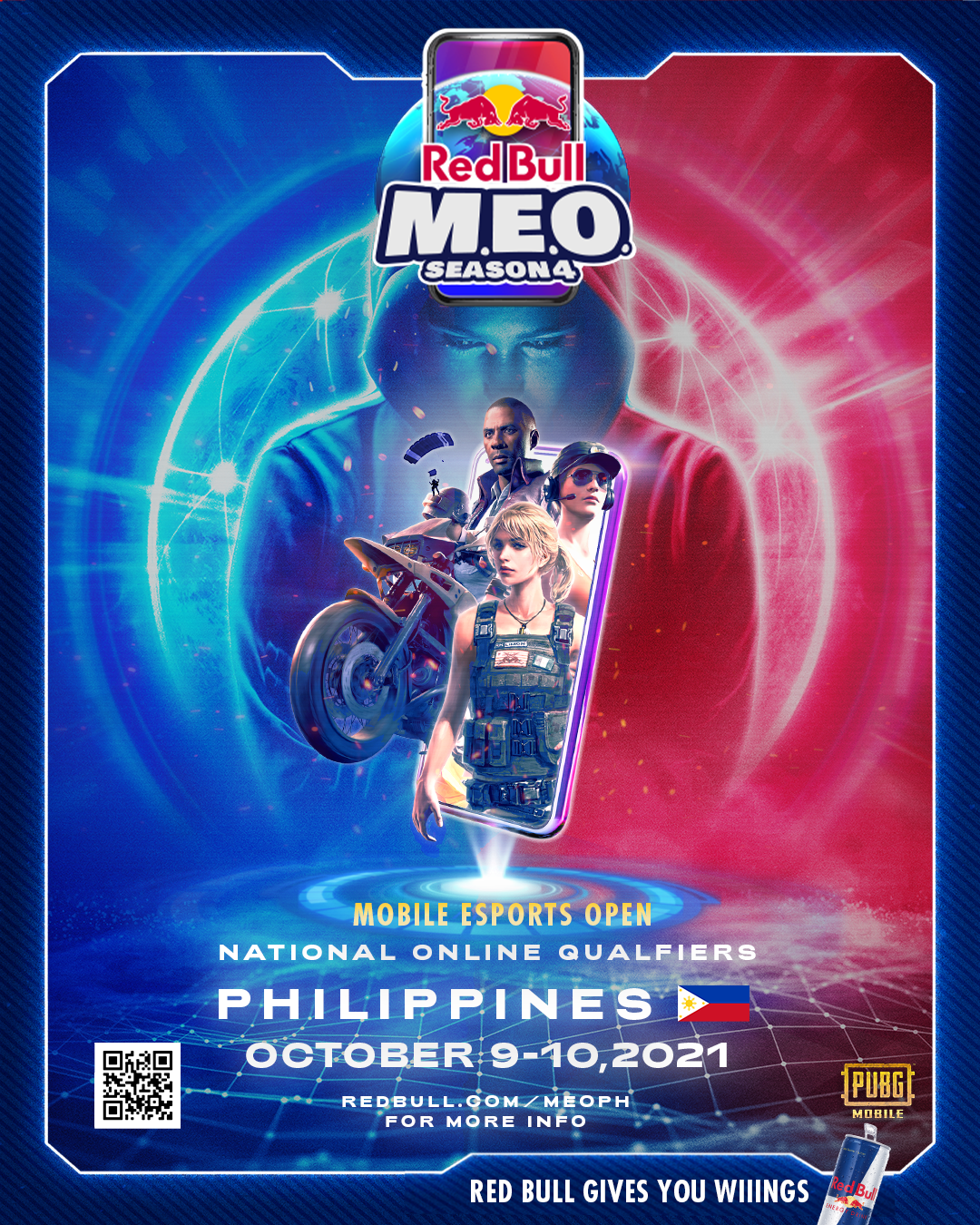 Red Bull Mobile Esports Open (M.E.O) Is Finally Coming To The Philippines For Its Fourth Season with a PUBG Mobile Tournament

Red Bull M.E.O Season 4 is open to all Filipino mobile players who will get the chance to showcase their skills on a global stage. Players from the Philippines will participate in the 2-day National Qualifiers from October 9 to 10. The top 16 teams that qualify will then move on to the National Finals to determine the final 4 teams that will compete on November 20 and 21 at the Regional Finals. The competing teams in the tournament will battle it all out for an opportunity to win up to €10,000 in prizes.

Registration and qualifiers will commence on the following dates:

There will be 128+ teams participating in the qualifiers, which will be distributed to 8 groups. Each group will consist of 16+ teams. Each group will play 3 maps per day over two days of competition with a maximum playing time of 30 minutes per game.

Last year, more than 60,000 players from 28 countries registered for Red Bull M.E.O. Season 3. This all-inclusive tournament pits M.E.O. competitors against some of the best mobile esports players and other well-known players from around the world.

Participants who fall short in the National Qualifiers would have a chance to redeem themselves in a Last Chance Qualifier in the International Online Qualifiers that will also take place during the 2-month event.

What is PUBG Mobile?

Players Unknown Battlegrounds Mobile is an intense battle royale game with players competing against each other on an island until the last player survives. Players are forced to scavenge for weapons, armor, and items that will increase their chances of winning, while strategizing how to position themselves on the shrinking map to gain an advantage later in the game.

Red Bull gives wings to people and ideas. As a functional beverage, we give wings to people by vitalizing the body and mind – supporting their dreams and aspirations through their passions for gaming, sports, and lifestyle.