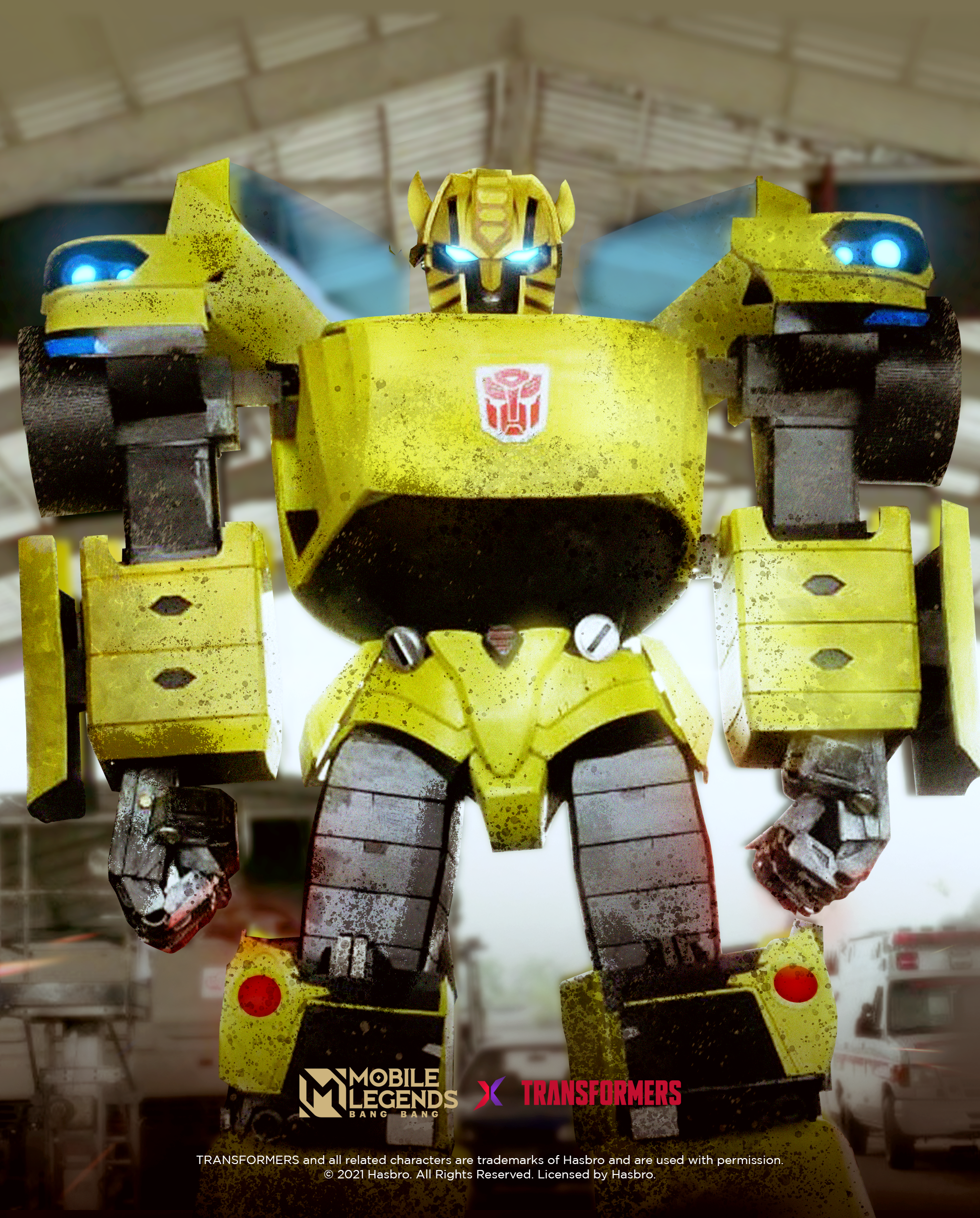 MANILA, Philippines – With the release of brand-new Transformers skins exclusively on Mobile Legends: Bang Bang, the Autobots’ very own Bumblebee has been spotted in Metro Manila, giving Filipino fans the chance to see a 17ft tall Bumblebee installation the fans can meet real soon! The statue was created by local artist Jerry Santos and gaming community Rumble Royale in partnership with Moonton.

Bumblebee is one of the most iconic characters from The Transformers franchise. As the beloved “little brother” of the Autobots, Bumblebee’s spunk has endeared him to generations of fans since his debut in 1984.

In an update from last week’s horrifying news, the culprit behind the sudden kidnapping of Yeng Constantino has been identified as fellow streamer, Joross Gamboa. Identifying himself as Megamboa, Joross has the singer hostage to help him with his dark masterplan called “Death Sonata.” Megamboa was determined to spread 100% negative vibes and 100% win-rate-top-one-global-Granger, not just in the world, but in the whole universe.

Thankfully, a group of MLBB streamers including Hypebit$, Roadfill of Moymoy Palaboy, Lhea Bernardino, Eric “Eruption” Tai, and ChooxTV have come together to form a rescue party and bring Constantino home. Catch the whole adventure of the gang here: https://www.facebook.com/MobileLegendsOnlinePH/videos/242487764417286

Established in 2014, Moonton is a global video game company dedicated to gaming development, publication and esports. With more than 900 employees worldwide, the company operates offices in Indonesia, Malaysia, Singapore, Hong Kong and mainland China. It has successfully launched a number of high-profile mobile games globally and has built long-term relationships with governments and esports organizations in more than 30 countries around the world. Mobile Legends: Bang Bang is its current star game and the leading mobile multiplayer online battle arena (MOBA) game worldwide.

Mobile Legends: Bang Bang is the most popular mobile Multiplayer Online Battle Arena (MOBA) game worldwide that brings communities together through teamwork and strategy. With over one billion installations and 100 million active monthly users, the award-winning game is among the top 10 most played in over 80 countries. With an extensive reach across the Asia Pacific region, the multiplayer is available in 139 countries with an expansive global esports presence.

Released in 2016, the game has become popular in Southeast Asia and was among the games chosen for the first medal event esports competition at the 2019 Southeast Asian Games in the Philippines.

TRANSFORMERS is a global blockbuster franchise with millions of fans around the world. Since 1984, the battle between the Autobots and Decepticons has come to life in movies, TV shows, comic books, innovative toys, and digital media, bringing incredible…MORE THAN MEETS THE EYE…experiences to fans. The brand’s enduring connection with fans is made possible by its rich storytelling and characters: the heroic Autobots who seek to protect all life, and the evil Decepticons who seek to conquer the universe. Transformers is a Hasbro franchise.

Hasbro (NASDAQ: HAS) is a global play and entertainment company committed to making the world a better place for all children, fans and families. Hasbro delivers immersive brand experiences for global audiences through consumer products, including toys and games; entertainment through eOne, its independent studio; and gaming, led by the team at Wizards of the Coast, an award-winning developer of tabletop and digital games best known for fantasy franchises MAGIC: THE GATHERING and DUNGEONS & DRAGONS.

The company’s unparalleled portfolio of approximately 1,500 brands includes MAGIC: THE GATHERING, NERF, MY LITTLE PONY, TRANSFORMERS, PLAY-DOH, MONOPOLY, BABY ALIVE, DUNGEONS & DRAGONS, POWER RANGERS, PEPPA PIG and PJ MASKS, as well as premier partner brands. For the past decade, Hasbro has been consistently recognized for its corporate citizenship, including being named one of the 100 Best Corporate Citizens by 3BL Media and one of the World’s Most Ethical Companies by Ethisphere Institute. Important business and brand updates are routinely shared on our Investor Relations website, Newsroom and social channels (@Hasbro on Twitter, Instagram, Facebook and LinkedIn.)